Dr. Peter Neligan, MD is highly experienced in removing skin cancers, even extremely large ones, from the face and reconstructing normal structures afterwards. 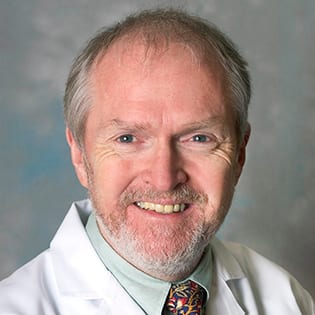 Dr. Neligan strives to provide optimal treatment for his patients. He believes that because a patient needs to have confidence in his or her surgeon, it is his responsibility to win that confidence.  Dr. Neligan a University of Washington professor of surgery and director of the Center for Reconstructive Surgery at UW Medical Center, as well as an acknowledged expert in the field of reconstructive microsurgery. Originally from Ireland, he completed his surgical training there before moving to Toronto, Canada in 1983 for further training in microvascular surgery. He developed his interest in reconstructive microsurgery, concentrating on post-oncologic reconstruction. Dr. Neligan served as chair of the division of plastic surgery at the University of Toronto from 1996 to 2007 and was appointed Wharton Chair in Reconstructive Plastic Surgery at that institution. He was recruited to the University of Washington in 2007 to establish the Center for Reconstructive Surgery. The scope of his care includes complex reconstructions of all kinds of major defects, as well as microvascular breast reconstruction and head and neck reconstruction. He also has an interest in composite tissue allotransplantation. Outside of his medical practice, Dr. Neligan enjoys music and reading. He is an avid runner and tries to run a couple of marathons each year.