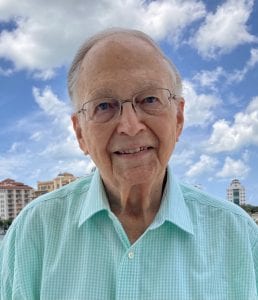 Peter’s estate gift to the Seattle Merkel cell carcinoma (MCC) Program is exemplary of the many patients and donors who go above and beyond to support the clinical, research and educational missions of UW Medicine.

A journey through cancer

Peter is a patient of Drs. Paul Nghiem and Shailender Bhatia, physicians at the Seattle Cancer Care Alliance who specialize in skin cancer, particularly MCC.

Peter’s first experience with cancer was in the 1980’s. He had been diagnosed with basal and squamous cell carcinomas – two very common and very treatable types of skin cancer. He was soon after treated and went on to a full recovery. About 10 years later, he received another diagnosis: prostate cancer. Prostate cancer can be life-threatening and Peter was faced with a very serious prognosis. However, he again was treated and his urologist now calls him “a miracle patient”, surviving 30 years past his initial diagnosis.

One day in 2011, Peter noticed an unusual lump in his upper right arm. Being already familiar and cautious about cancer, Peter had it examined. Peter’s usual doctors told him it was nothing to worry about. Over the subsequent months, Peter struggled to find someone who could tell him what it was, until he was finally biopsied and diagnosed with MCC.

Because it is so rare, relatively few physicians have experience treating MCC and even fewer are MCC specialists. Its rarity combined with its severity means that timely, appropriate care for MCC is essential but can be difficult to find.

Faced with the rapid evolution of his father’s cancer, Peter’s son, who had been working in the pharmaceutical industry, sought out MCC experts. He found and contacted MCC specialists Dr. Paul Nghiem and Dr. Shailender Bhatia, and flights were booked to come visit them in Seattle.

Realizing the limitations of the standard treatment that Peter had been receiving, Nghiem and Bhatia enrolled Peter in clinical trials to try to control his cancer. While the first trial was not beneficial for him, the second trial has been incredibly therapeutic for Peter putting him in complete remission.

About ten years have now gone by and Peter’s MCC has not returned. Peter’s “exceptional” experience with Nghiem, Bhatia and the rest of his care team inspired him to make a bequest to support the Seattle MCC Program.

Philanthropy from donors along with grants from foundations give the team resources, above and beyond their normal scope, to make breakthrough discovery possible, such as:

Due to the generosity of individuals like Peter as well as other patients, family, community members and philanthropic foundations, the Seattle MCC Program has had its strongest fundraising year ever. 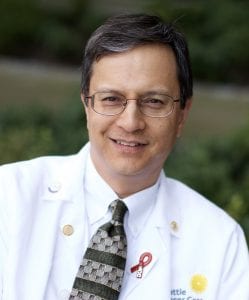 “The generosity and vision of patient-advocates like Peter have enormously accelerated our capacity to understand and better treat MCC,” says Dr. Nghiem. “The support that patients provide—by participating in trials, donating blood, and directly assisting our ability to carry out our studies—has been transformational for this field over the past decade, and we are confident the progress will continue thanks to our devoted patient-partners.” 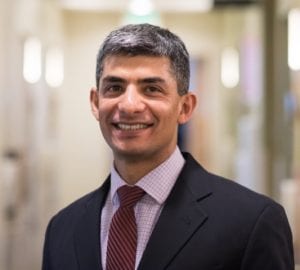 “Our clinical trials unit has committed itself to bringing innovative treatment approaches to our MCC patients for whom standard therapies may not be effective,” says Dr. Bhatia. “Clinical trials not only try to improve outcomes in participating patients, but also help advance our understanding of the biology of MCC and its treatments. Successful outcomes like Peter’s truly energize our team and we are grateful for the trust that our patients and their families put in our team.”