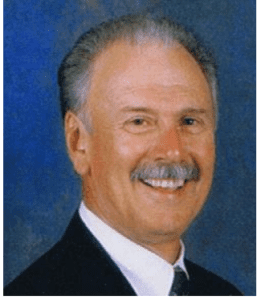 Due to the success of last year’s tournament, devoted to fundraising for Merkel cell carcinoma research, the friends and family of Milton R. Tarbox organized a second golf tournament, which occurred on a beautiful day in Rhode Island, August 13, 2012, to remember this special man. To date, more than $30,000 has been raised in his honor.

On November 30, 2010, our friend Milton R. Tarbox, succumbed to a disease about which very little is known. Milt, “Uncle Milty,” did not leave us without a fight. Ironically, it was not the fight in Milt that made him who he was. Milt was a very laid back, go with flow kind of person. Many will remember his signature laugh. Be it on a golf course, his favorite sport, or enjoying time with family and friends, Milt was never short on laughter. He enjoyed riding his bike, taking walks, and was an avid reader. Milt tried his best to fight his age. We all thought he was 10 years younger than his birth date would confirm. Of course, he did have a sweet tooth, which on many occasions came in direct conflict with his healthy lifestyle.

Never one to quit, Uncle Milty fought his disease. The fight was not only for his recovery, but also to say he got another day with those people and things he loved. He would always “pay it forward,” because he knew he was truly blessed. Now it is up to us to carry this legacy as we, together, pay it forward to help others in need. He would want it no other way.

Through golf tournaments in 2011 and 2012, organized by Milt’s family and friends, over $30,000 now has been raised for the fight against MCC.

Any money you choose to donate would be used to advance goals related to Merkel cell carcinoma research:

While portions of our research endeavors can be very expensive, all contributions make a difference. For example, our website is exclusively supported by donors. Funds are used for server fees, updates and website maintenance, and we now also are working towards increasing the visibility of our website so that newly diagnosed patients and their physicians may find us early after diagnosis — the most critical time.